Weather Forecast Tide times Sea Temperature
Site name: S.S. Annagher
Location: Descriptive location referring to nearest landfall i.e. town, village, harbour or island
Bangor
Type: Describes whether this dive site can be dived from the shore, from a boat, or both
Shore/Boat
Wreck: Dive sites which include a shipwreck (or part of a shipwreck) are labelled with a ‘Yes’
Yes
Min. dive depth (m): The approximate minimum depth of the dive given in metres
10
Max. dive depth (m): The approximate maximum depth of the dive given in metres
12
Max. seabed depth (m): The maximum depth of the seabed at the site taken from the intersect between the dive site point and the depth contour on an Admiralty Standard Nautical Chart
15
Diving experience (min level): The recommended minimum level of diving experience for a specific site, described as Novice (<50 dives in temperate/cold waters and minimum certification of PADI Open/Advanced Open Water, BSAC Ocean Diver or CMAS 1 star), Intermediate (50-100 dives in temperate/cold waters and minimum certification of PADI Rescue Dive, BSAC Sports Dive or CMAS 2 star) or Advanced (>250 dives in temperate/cold waters and minimum certification of PADI Divemaster, BSAC Dive Leader or CMAS 3 star
Novice
Optimal wind direction: The general wind direction which causes minimal exposure at the site, corresponding to 8 points of the compass: North (N), North East (NE), East (E, South East (SE), South (S), South West (SW), West, North West (NW)
SW
Exposure: The approximate level of exposure to wind and wave action at the site on any given day, described as Sheltered (inshore sites surrounded by a form of shelter on all sides), Moderate (sites which are partially sheltered) or Exposed (sites with little to no shelter)
Exposed
Tidal strength: Anecdotal description of tidal strength at the site
Moderate
Marine Protected Area: A Yes or No highlighting whether or not the site occurs within a Marine Protected Area
No
Visibility: Anecdotal description of the typical underwater visibility at the site
Visibility tends to be poor at this site, ranging from 3-8m
Best time to dive: Anecdotal recommendation for the best time to dive the site for optimal underwater conditions. This typically relates to the stage of the tide
1 hour before HW Belfast
Getting there: Directions for getting to the site

By boat from Bangor or Groomsport. The wreck lies off the northern tip of Ballymaccormick Point.

For a shore dive, follow the footpath leading from The Point in Groomsport towards Ballymacormick Point for approx. 0.5km.

Groomsport has two slipway launching points. There are public toilets on Harbour road. Car parking is available adjacent to the harbour.

Free car parking is available above Bangor Marina and public toilets are available at South Pier. The slipway to the north of the car park is primarily a means of launching Bangor’s Atlantic 85 lifeboat and use is restricted to season ticket holders and Bangor Marina/harbour users. For more information, visit: http://www.quaymarinas.com/cookie-preferences-page/

The top of the wreck is at 12 metres, with the base on the seabed at 15 metres. Parts of the wreck are scattered across the surrounding sand and shell seabed, which features many worm burrows and mounds.

Upper parts of the wreck are covered in dead man’s fingers Alcyonium digitatum and plumose anemones Metridium dianthus. The lower parts have some patches of light-bulb sea squirts Clavelina lepadiformis, but with less life apparent.

Safety: Safety tips
Latitude, Longitude: The approximate XY coordinates for the dive site in Decimel Degrees (DD). These can be converted to DMS or DDM by following the link below
54.683417, -5.630483
Open in Google Maps Convert coordinates to DDM/DMS 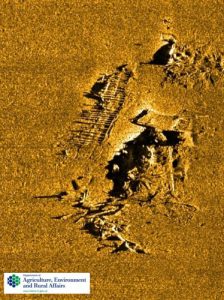 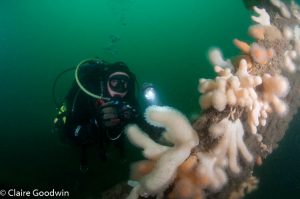 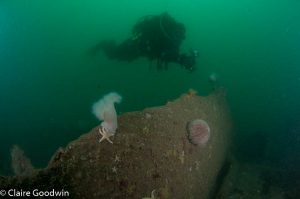 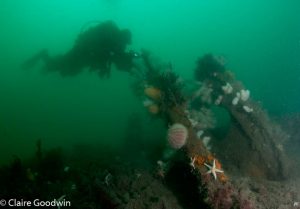 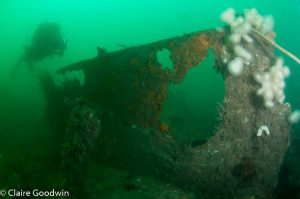 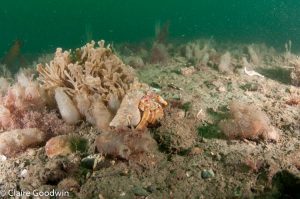 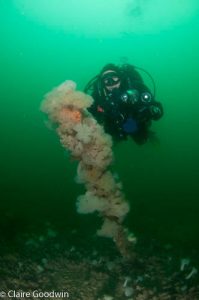 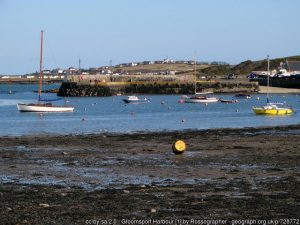