Weather Forecast Tide times Sea Temperature
Site name: S.S. Templemore
Location: Descriptive location referring to nearest landfall i.e. town, village, harbour or island
Ballycastle
Type: Describes whether this dive site can be dived from the shore, from a boat, or both
Boat
Wreck: Dive sites which include a shipwreck (or part of a shipwreck) are labelled with a ‘Yes’
Yes
Min. dive depth (m): The approximate minimum depth of the dive given in metres
13.4
Max. dive depth (m): The approximate maximum depth of the dive given in metres
22
Max. seabed depth (m): The maximum depth of the seabed at the site taken from the intersect between the dive site point and the depth contour on an Admiralty Standard Nautical Chart
22
Diving experience (min level): The recommended minimum level of diving experience for a specific site, described as Novice (<50 dives in temperate/cold waters and minimum certification of PADI Open/Advanced Open Water, BSAC Ocean Diver or CMAS 1 star), Intermediate (50-100 dives in temperate/cold waters and minimum certification of PADI Rescue Dive, BSAC Sports Dive or CMAS 2 star) or Advanced (>250 dives in temperate/cold waters and minimum certification of PADI Divemaster, BSAC Dive Leader or CMAS 3 star
Intermediate
Optimal wind direction: The general wind direction which causes minimal exposure at the site, corresponding to 8 points of the compass: North (N), North East (NE), East (E, South East (SE), South (S), South West (SW), West, North West (NW)
SE/S/SW/W
Exposure: The approximate level of exposure to wind and wave action at the site on any given day, described as Sheltered (inshore sites surrounded by a form of shelter on all sides), Moderate (sites which are partially sheltered) or Exposed (sites with little to no shelter)
Exposed
Tidal strength: Anecdotal description of tidal strength at the site
Marine Protected Area: A Yes or No highlighting whether or not the site occurs within a Marine Protected Area
No
Visibility: Anecdotal description of the typical underwater visibility at the site
Best time to dive: Anecdotal recommendation for the best time to dive the site for optimal underwater conditions. This typically relates to the stage of the tide
First hour of ebb tide Ballycastle
Getting there: Directions for getting to the site

By boat launch from Ballycastle, travel north-east for approx. 500 metres (there is no longer a buoy marking the site).

The wreck is laying inverted and is well broken up. It lies on a coarse sand and mixed sediment seabed covered in kelp park.

Date of loss 06/12/1911. This 386 gross ton British Coaster sank 300m east of Ballycastle harbour after it listed and capsized. Two lives were lost and nine lives saved. The vessel was built by J. Fullerton and Co., Paisley in 1905, and owned by Henry Lane & Co., Londonderry. It had a length of 145 ft., a breadth of 24 ft. and a depth/draught of 8 ft. Its voyage was from Ellesmere Port to Londonderry carrying a cargo of coal. On 4th December heavy seas had flooded the engine room, extinguishing the fires, and the Templemore had to anchor in Murlough Bay. Two of the crew rowed ashore and sought assistance. The tug Earl of Dunraven was sent out, taking an engineer, Charles Maude, who boarded the Coaster. The vessels proceeded to Ballycastle, but the Templemore, which had been listing, capsized and sank. Maude and the ship’s engineer, John Simms were lost. The captain, George Butler, and remaining crew were rescued by three Ballycastle fishermen, John Coyle, William Robinson and Donald Black. The wreckage is mostly collapsed and lies in a general depth of 19-20m. (Sources: AWD; Cecil, The Harsh Winds of Rathlin p.72-3; WA G87).

Safety: Safety tips
Latitude, Longitude: The approximate XY coordinates for the dive site in Decimel Degrees (DD). These can be converted to DMS or DDM by following the link below
55.211433, -6.231867
Open in Google Maps Convert coordinates to DDM/DMS 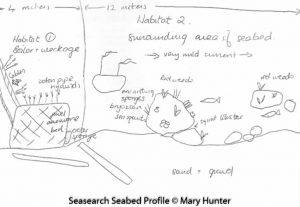 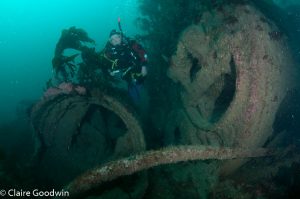 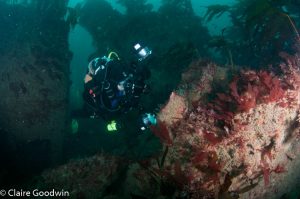 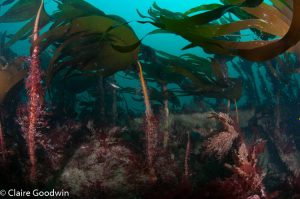 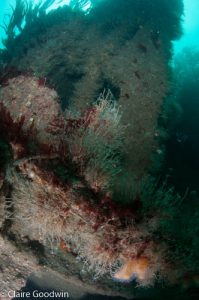 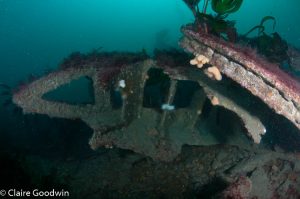 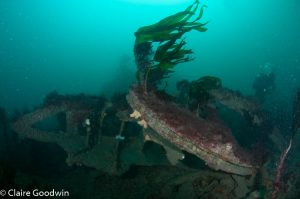 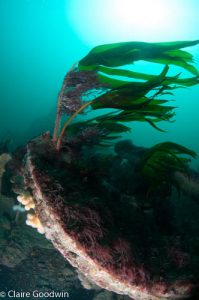 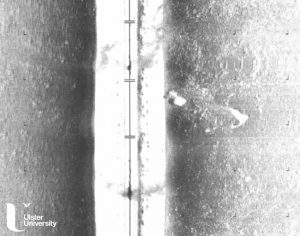 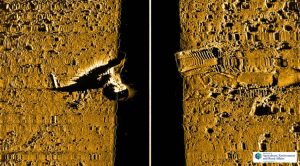