Weather Forecast Tide times Sea Temperature
Site name: S.S. Thrush
Location: Descriptive location referring to nearest landfall i.e. town, village, harbour or island
Glenarm
Type: Describes whether this dive site can be dived from the shore, from a boat, or both
Boat/Shore
Wreck: Dive sites which include a shipwreck (or part of a shipwreck) are labelled with a ‘Yes’
Yes
Min. dive depth (m): The approximate minimum depth of the dive given in metres
10
Max. dive depth (m): The approximate maximum depth of the dive given in metres
12
Max. seabed depth (m): The maximum depth of the seabed at the site taken from the intersect between the dive site point and the depth contour on an Admiralty Standard Nautical Chart
14
Diving experience (min level): The recommended minimum level of diving experience for a specific site, described as Novice (<50 dives in temperate/cold waters and minimum certification of PADI Open/Advanced Open Water, BSAC Ocean Diver or CMAS 1 star), Intermediate (50-100 dives in temperate/cold waters and minimum certification of PADI Rescue Dive, BSAC Sports Dive or CMAS 2 star) or Advanced (>250 dives in temperate/cold waters and minimum certification of PADI Divemaster, BSAC Dive Leader or CMAS 3 star
Novice
Optimal wind direction: The general wind direction which causes minimal exposure at the site, corresponding to 8 points of the compass: North (N), North East (NE), East (E, South East (SE), South (S), South West (SW), West, North West (NW)
S/SW/S/NW
Exposure: The approximate level of exposure to wind and wave action at the site on any given day, described as Sheltered (inshore sites surrounded by a form of shelter on all sides), Moderate (sites which are partially sheltered) or Exposed (sites with little to no shelter)
Exposed
Tidal strength: Anecdotal description of tidal strength at the site
Weak
Marine Protected Area: A Yes or No highlighting whether or not the site occurs within a Marine Protected Area
No
Visibility: Anecdotal description of the typical underwater visibility at the site
~5-10 metres
Best time to dive: Anecdotal recommendation for the best time to dive the site for optimal underwater conditions. This typically relates to the stage of the tide
Best dived at HW slack for easy entry and exit when diving from the shore; but can be dived any time from boat.
Getting there: Directions for getting to the site

By boat from Glenarm, follow the coast in a southerly direction for approx. 3km.

If diving from the shore there is a lay-by and a path down to the entry point. There is a bit of a swim out to the wreck from the shore. Shore entry and exit not for the fainthearted, especially at low tide, or if there is any swell.

For shore diving, car parking is available on the lay-by on the Coast Road above the site. Public toilets are available in Glenarm, across the footbridge from the harbour.

The wreck is badly broken up, but the mast, boiler and various other sections of plate are still easily distinguishable, especially in the winter when the kelp is reduced. The surrounding seabed is made up of boulders and sand.

Date of loss 11/04/1917. Built originally as a Royal Navy gunboat in 1889 in Greenock. Used as a gunboat, coastguard vessel (from 1906), cable laying ship (from 1915) and operating as a Royal Fleet Auxiliary salvage steamer at time of sinking. Nine of the crew were lost when she sank during a snow-storm. The rest of the crewmen were rescued, and fed and clothed by locals. The nine crew who perished were buried in Glenarm. (Sources: Larn & larn 2002; Ms. L. Keatley).

Wrasse, crabs, sea urchins, sponges and sea anemones are all found on the wreck.

Safety: Safety tips
Latitude, Longitude: The approximate XY coordinates for the dive site in Decimel Degrees (DD). These can be converted to DMS or DDM by following the link below
54.961667, -5.916667
Open in Google Maps Convert coordinates to DDM/DMS 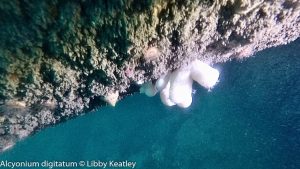 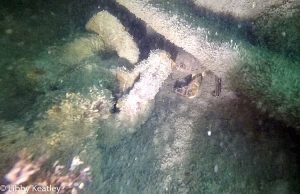 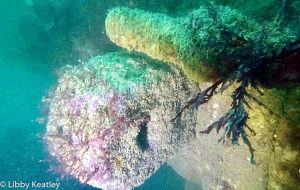 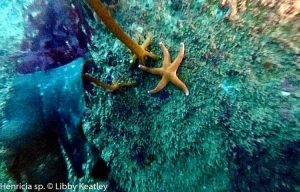 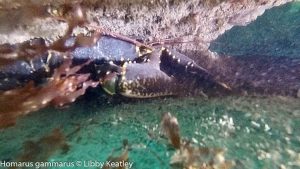 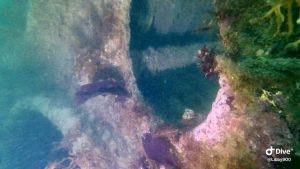 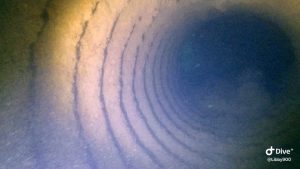 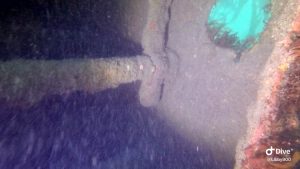 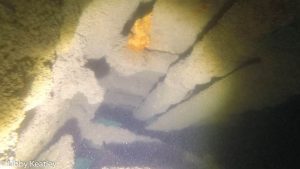 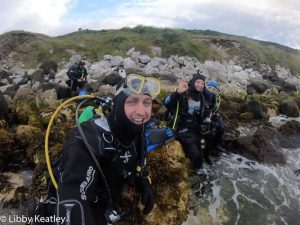